WARNING: This blog post it going to have a lot of...ahem...BIG statements.

In celebration of their 25th anniversary as a band, and the forthcoming release of the Greatest Hits album, I’m working backwards through the Hanson musical catalog and talking about why we love these three brothers and the music they create. In the summer of 2010, Hanson released their fifth major studio record SHOUT IT OUT, the record which (big statement here) I believe is their overall BEST album.  There, I said it.  It’s the best one they’ve ever done.  This is controversial only because I know there are a whole slew of Hanson fans who, for whatever reason, do NOT like this album.  It’s the bottom of a lot of people’s lists.  But...BUT!!!  There are a few of us who love it so much that we have literally deemed ourselves the SIO Army so, even if it’s not your absolute fave, keep reading!  It’s still fun to pick it apart at the musical seams. 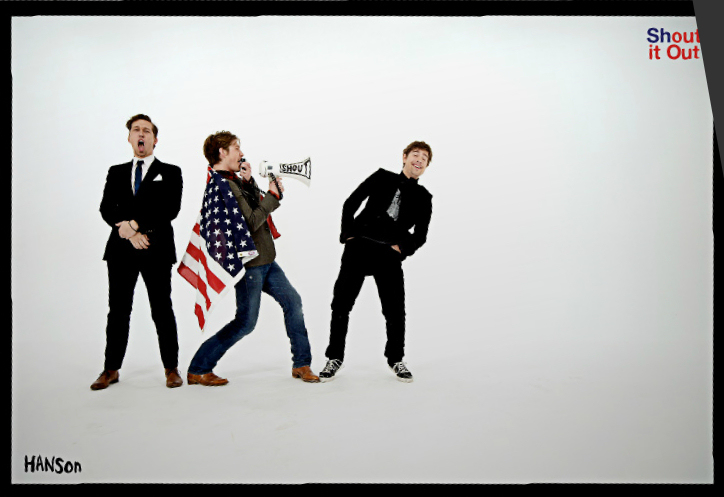 If you don’t mind me saying, there’s no sense in waiting so
Shout it out, shout it out

One of the criticisms fans have about this album is that it doesn’t “sound like Hanson.”  Okay well, I disagree.  I believe that Shout it Out is actually the closest the band has ever gotten to sounding like Middle of Nowhere...just like...the grown up version of that!  It’s poppy and funky and groovy. There are soul and R&B vibes throughout, and the whole thing is much more upbeat than it’s predecessor, The Walk.  It’s very clearly playing on their influences, and doing it well.  I seriously...I love this album so much.  It never gets old for me.  The arrangements are so tight and well executed.  I remember listening to it for the first time and screaming because the horn arrangements (Thank you, Jerry Hey) are so good, and compliment the boys’ voices so well.  I mean think about it.  Think about Hanson’s signature vocal harmonies.  Three, perfectly blended voices, locking into their parts and anticipating each other’s every vocal move.  The only way to recreate that type of sound is with HORNS.  Zac’s full throated belt is basically a trumpet, Taylor’s windy tenor is pretty much a trombone, and Isaac’s soulful croon IS a saxophone.  So we have the flawless three part vocals, and an awesome horn counterpoint...mind explodes, happiness abounds.

I was going to wait until later to talk about the horns but...we’re here now.  After watching the documentary about the making of this album, I learned that the horns were kind of the last thing that they did.  I, for one, think that’s awesome.  That means that they did all this work on these songs, almost released the album, and then decided that something was missing.  They could do better.  That’s a sign of some awesome musicians; always striving for more.  Without the horns, the album would have been fine.  Good, even.  But with that finishing touch, the music was brought to life.  They knew they could reach farther and take the album from good to great. What’s more, they got one of the industry’s BEST to arrange these horn parts.  Jerry freakin’ Hey!!  The guy that has a bunch of Grammys and worked with Quincy Jones and Michael Jackson!  No big deal, very casual! So remember how in the Anthem post I was like “Zac and Ike’s vocals are amazing!”  Well, on this record, it’s all Taylor.  This is exactly...like, exactly the style of music that Taylor Hanson was born to sing.  I mean, have you heard Thinking ‘Bout Somethin’?  Okay, another big statement coming, and this is from the girl who is thinking about getting lyrics from Penny and Me  literally tattooed on her body...Thinkng ‘Bout Somethin’ is Hanson’s best single to date.  I SAID IT.  It does everything a single is supposed to do, and I think in a very different context Thinking ‘Bout Somethin’, not MmmBop, could have been the song that skyrocketed them to success.  It was well loved by critics and industry professionals alike.  Here’s the thing.  Industry people love Hanson.  I cannot tell you the number of professional musicians I know who are closet Hanson fans...and it’s because they’re really great musicians!!

Don't make your mind up just yetThere's still so much for you to see...

Shout it Out is about as sonically cohesive as I think we’ll ever get with Hanson.  There is a musical through line, and you can tell that these songs belong together.  Cohesion isn’t a thing that’s very high on my priority list (I’m a musical theatre writer and that like...barely exists for us), but for some people, it’s very important so I think it’s worth nothing.  From the moment you hear the bright piano on Waiting for This, you know what you’re in for.  The musical aesthetic brings us all the way to the last track and, like every Hanson album, we end with a ballad, showcasing what they do best - three voices in perfect harmony.  The cohesiveness doesn’t end with the music.  The era itself was executed incredibly well.  The marketing, the branding, the videos, the artwork...everything went together, and everything was bright and fun.  Primary colors!  Silly dance moves!  Songs that sound like summer! 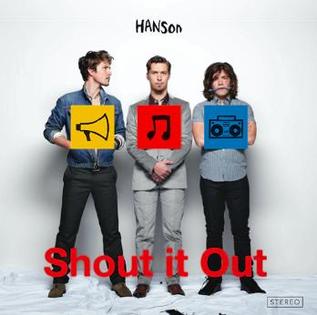 On a personal note, last summer was another moment when I wasn’t incredibly invested in Hanson and the fandom, and then it all changed.  Again.  I was getting ready to go to NYC to perform in the musical I wrote, and I was all alone in my house, and I thought to myself “wow...I want to listen to Shout it Out!” So I did. Then I got to the city and I couldn’t stop listening to it.  I remember so clearly emerging from the subway station and walking to the theatre to make my New York City debut while listening to Waiting for This.  That song will now remind me of a time when I did the best thing I’ve ever done, the thing I had been waiting for my whole life.  And that’s what’s so cool about music.  It can shape our experiences, no matter where we are or what we’re doing; no matter how old the song is, or what memories came before.  It will always be around to carry us there.

Peace, Love, and Voices in the chorus,
KT