ALRIGHT, how is everyone doing? Ready for the next album?  I’m doing great, and I’m really enjoying writing these posts.  In celebration of their 25th year as a band, Hanson is releasing their first Greatest Hits compilation, while I am working backwards through their musical catalog and talking about each album in detail.  We’ve already been over ANTHEM and SHOUT IT OUT, so now let’s go back three more years to 2007, and the release of their fourth studio album - THE WALK.

I’m a little nervous writing this post because The Walk is actually my least favorite Hanson album. *Gasp*.  But, your least favorite pie is still pie, ya know?  So it still has a lot that I want to talk about, and a lot that I love discussing.  The Walk came out in 2007, right as I was starting my senior year of high school, aka the perfect time for KT Berger to listen to it.  I think a lot of us go through a kind of social justice awakening in our late teens or early twenties, and mine definitely happened during my senior year.  I was coming off of a crazy and intense summer,  both my school and my church were involved in the Invisible Children initiative, I was very active in my youth group, I was about to go sing at NCYC, and I wanted to make a difference.  And it seemed as though Hanson did as well.  So they went to Africa, started their Talk The Walk campaign, and released this super passionate and intense album.  17 year old KT loooooooved it.  26 year old KT still loves it, because it sounds like senior year and feeling like I could change the world.  I still think I can change the world, just...in a different way.  Just like I love this album in a different way. Okay, anyway...THE ALBUM…

If there is one thing The Walk has going for it, it is the passion in the music.  You can tell that the guys were on FIRE for their cause at the time.  As soon as you start the album and you hear that first guitar riff in Great Divide, your heart starts racing and you know what you’re in for.  The Walk isn’t romantic.  It’s not just pretty boys singing love songs (not that Hanson has ever just been pretty boys singing love songs, but I digress).  These are songs about pain, and loss, and war, and battles in your own mind.  Because of this wild passion, the album is...kind of all over the place.  That’s not necessarily a bad thing, but it’s a fact.  And, as a songwriter, I can attest to the fact that when you feel something really hard, it’s difficult to reign it in musically.  You want to go all out, every line, every verse, every time.  That’s when it’s good to have someone to help you stay on track (a lesson I have learned time and time again).

In Hanson-land, we get these awesome things called Member’s Only EPs (seriously we are so spoiled as a fandom it’s ridiculous).  So we get this collection of four or five songs every year and typically, each track is wildly different.  They cover a vast spectrum of musical styles.  Which is why, at the end of the day, The Walk has always, and will always, feel like an extended Member’s EP to me.  This album is for the fans, plain and simple.  And again, not a bad thing, but it is something worth addressing.

I'm blind with eyes wide openMy body's tired and brokenI want a taste of something, that doesn't leave me dry An important thing to note, for me anyway, is that The Walk was SUPER formative for myself as a songwriter and composer.  The syncopated rhythm in Running Man is the reason I will never be able to write anything on the beat (just ask Blake, my writing partner!  He loves it!).  The internal rhyme scheme in the chorus of Go is the reason I am utterly obsessed with that lyrical device. I’ve accidentally written a few too many songs that sound shockingly like I Am.  I still dream of writing lyrics like the ones in Fire on the Mountain and The Walk.

You might notice that all of the examples I just gave have one thing in common.  They are all Zac leads!  So let’s talk about that guy. Zac Hanson.  The boy that became famous at age 11 and then somehow, inexplicably, became an extremely prolific songwriter and lyricist.  He’s a HUGE influence for me, and I think that started with The Walk because, this was the kind of the first album that the other brothers really gave him the reins.  There’s SO much Zac on this record.  The kid (lol he’s 31 but whatever) can write. A. LYRIC.  A thing that makes me not like the album as much as I probably could is the fact that Zac ballads have the tendency to be over-produced.  All of his songs are, at their core, so frickin’ good but sometimes, they’re just sonically messy after all is said and done in that control room.  A perfect example of that is Go, a song that, compositionally, finds it’s brilliance in it’s simplicity.  The production of it is NOT SIMPLE, so therefore it loses some of it’s magic. But live, it’s amazing!! It’s how the song should always sound because the lyrics and simple melody shine through (I feel that way about a lot of Zac songs...live is better.  The Walk, Broken Angel, Use Me Up. Give me a live performance any day).  So, in conclusion, I prefer listening to Taylor leads, but I write, for better or for worse, much more like Zac.

Don’t lose yourself in your fear

While The Walk is a little all over the place sonically, at it’s core there’s heart and almost uncontrollable emotion.  Taylor uses the theme of weight a lot in his songwriting (“Carry it like a heavyweight champ”, “someone to hold the weight part of the time”, “your heavyweight knees buckle under a ton”) and that very obviously signals to me that he feels things really hard.  Emotions and feelings have weight, so much weight, in fact, that he has to write songs about them in order to relieve that weight.  This album was different than all the previous ones, for a few reasons.  This was the first one they made completely on their own as an independent band from the beginning, this was the first one they made after they had all been married off, this was the first one where they truly...TRULY broke away from their teenage image.  These were men making this record.  Now, I don’t want to delve too deep into their personal lives, but we all know that Georgia is written about Natalie, Taylor’s wife.  Okay, okay, it’s never been actually confirmed, but come on. The reason I’m bringing up this song is because it’s a testament to how this album is different.  This is the only “love song” on the record but it’s not mushy gushy, wide eyed, teenage love.  It’s about real love, hard love, every day you have to work for it love.   It’s personal and specific.  It’s complicated.  It’s real. 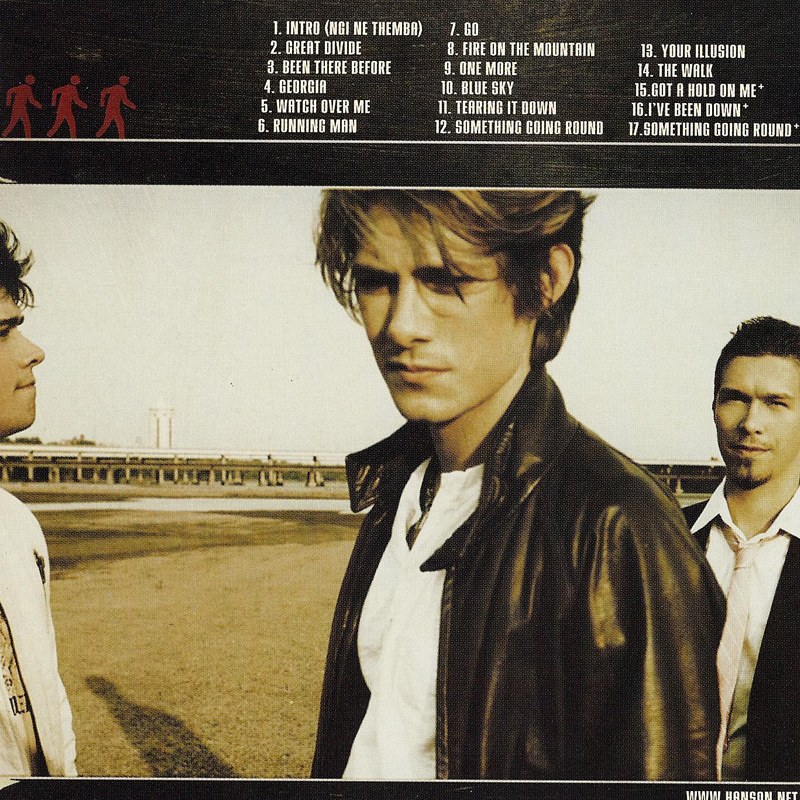 So, is The Walk their best album?  Definitely not.  They were still relatively new as an indie band, and still learning what works and what doesn’t.  Even though they were all married by it’s release, they were all still pretty young.  Musicians are constantly learning, which I think is a really awesome thing about the profession.  I am glad this record exists, though.  It reminds us that we can use our overwhelming passion for good, we can use it to fuel change and start something amazing in the world.  And hey, isn’t that a message we desperately need right now? I believe that now, more than ever, we need some inspiring words to remind us that we can conquer this great divide.