The other day in treatment, my therapist asked me "what are you afraid of?"

It was interesting, because I wasn't prepared for the question or my immediate response.  As soon as she finished speaking, a week of holding in emotions started pouring out of me, in the form of unstoppable tears.  I think crying is really important, and I have never been afraid to cry, but for whatever reason I had been holding it in for the past few days when really I needed to let it out.  Because frankly, I was terrified.  I am terrified.

What am I afraid of?
Failing.
Running out of money.
Making bad choices.
Being an adult.
Not finding a job that allows me to live comfortably.
Having to go back to Lexington for whatever reason.
My body changing.
Not being able to fit into clothes (hey, just being honest here).
Not being able to stop eating on extreme hunger days (loss of control is terrifying).
Being a hypocrite.
My face filling out.
Not feeling comfortable in my own skin.
Unhealthy thoughts.
Losing my friends.
Losing my family.
Losing my voice. 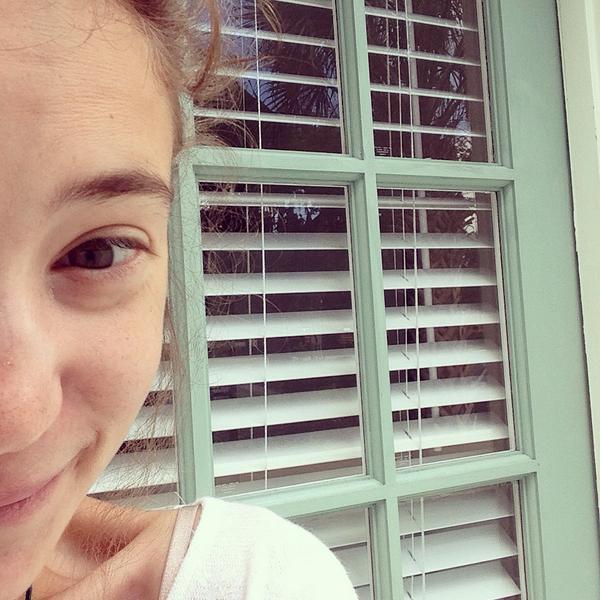 So like any sensible person who is feeling scared and unsure about the future, I signed a lease on an apartment.  I've always been a person that has to force herself out of fear.  No one can do it for me.  Oh, you're scared that you're going to be stuck in Lexington at home forever?  I guess I'll go sublet an apartment in New York for a few months!  Oh, you're terrified of becoming an adult?  I guess I'll move to St. Pete and get an apartment!  I often question my tactics but whatever, I'm just being me.

Looking at the list above is interesting, because I know a year ago how I would deal with every single one of those fears.  I would lose my appetite and restrict.  I would go to the gym to "let off some steam."  I would take 2 hour walks to "clear my head."  I would allow every sense to get wrapped in cotton wool and descend into my beloved brain buzz. Not feeling is sometimes quite nice.  It really is a high, and for a while you feel wonderfully intoxicated. But hiding from the things that scare you only make them scarier later on.  And now, the healthy part of my brain looks at that list and says "Duh, KT.  There's one thing that will make all of those things easier to deal with...not having an eating disorder."

I'm proud of myself for getting an apartment, and you better believe it's going to be the cutest apartment in the beautiful city of San Pedro.  I mean, look at the door!  I decided on this for my inspiration image and color palette: And here are some more images from my apartment pinterest board (yep, I'm that person).  I seriously live for this kind of stuff. The future is scary...but it's pretty exciting, if you ask me.