What I Read: "The Chaperone" 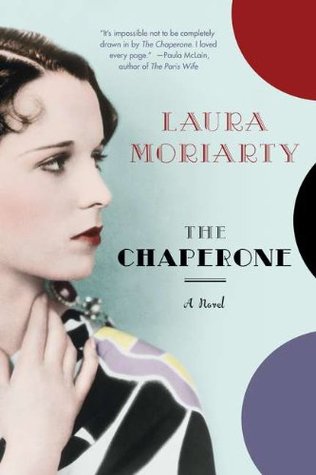 The latest book I finished is "The Chaperone" by Laura Moriarty.  It's the story of Cora - the woman chosen to chaperone the incomparable Louise Brooks while she was only 15 years old and trying to break out of her small town life. If you're already following me on Goodreads, you'll know I gave it an absolutely glowing review.  New York City! Broadway! The Golden Age of Hollywood! Strong Female Protagonists!  Even just looking at the cover in the bookstore I knew I would like this book.  Yet even so, there were connections and incredibly touching moments that took me by surprise and made me see things about the world and about myself clearer.  I hope that after reading this review, you think about picking up a copy from the library...and please let me know if you do.  I love nothing more than a reading buddy!

Why I read it: I've always been a huge fan of historical fiction, especially stories set around the 1920's - 1940's (which were all covered within this book!).  I think this stems back to my obsession with Shirley Temple that I have had since before I can even remember. I have always felt drawn to that era...the Great Depression leading in to the Golden Age of Hollywood. I often make jokes that I lived a past life during that time.  So when I saw this book about Louise Brooks, an incredibly famous silent film actress who popularized the bob haircut, I had a feeling this would be a good one.  The majority of the novel is set in New York City (the best city on earth) while Louise is training with the Denishawn Dance Company, and hoping to make it big.

What I loved: What Moriarty did so well with this book was she told it from Cora's point of view, not Louise's.  Louise, a starlet from the moment she was born, was not the star of this particular story.  It was unassuming Cora who made incredible discoveries about herself and found truth in the Big Apple.  That's not to say that Louise's portion of the story wasn't compelling. The stories of both Cora and Louise were both so beautifully moving and made me proud to be a woman in the entertainment business. In different ways, both women inspired me to use my craft to make a difference. Truly the main thing I loved about the book was the setting - New York City in the 1920's.  Moriarty captured it so effortlessly and I felt like I was right there with Cora wandering the streets of Manhattan.  Another surprising facet was the controversial topics of the times that were dealt with.   Generally with historical fiction like this it is racism that is focused on, but this story delved into contraception and homosexuality in a very brave and realistic manner. 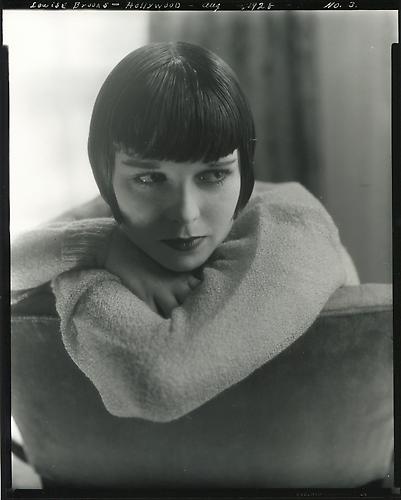 Why you should read it:
- If you are in the entertainment industry...it makes you proud to be a part of that strange niche in society while putting a lot of things into a bigger perspective. Never lose sight of who you are.
- If you are a woman...it delves into interesting topics regarding women's place in society during this turbulent time.  It's interesting to see the juxtaposition between 2 different women who are only 15 years apart in age, yet clash on almost every world view.  Times were a changing, and people were struggling to keep up!
- If you love New York...Moriarty did such a fabulous job transporting me to the city that never sleeps in a fascinating and formative time.
- If you love Old Hollywood...you will surely know who Louise Brooks is and want to know more about her captivating screen presence.

"She had, it seemed, two options: continued hunger, or, if she ate a full meal, the corset's further reprimand. The gnaw from the inside or the squeeze from the outside.  Which was worse? She knew she was tired of hunger.  That was what she knew."